And we are back again with another edition of Inside Indie with the some more unknown titles to broaden your horizon in gaming. We know we cannot post all hidden gems there are, but we do our best to share a few we believe hold something new, special, original or just funny 😉 Enjoy this Episode and if you found a hidden gem you believe all should see, please let us know.

For those who paid attention: Yes we changed our homepage and put the Indie segment in the spotlight even more & Yes there is a new Inside Indie image (did you see it? Bonus points for you! 😉 ). But there is more! Roberto a.k.a. MagicMythic will get more reviews done to give better impressions on the games next the press info we share in these Inside Indies. Juulleke and our new crewmember Briskanof are also Steam Indie games experts, so their expertise will be put in good use as well to get the Indie segment to a higher level.

That means we will also post articles on the Indie game fails out there….because hey…there are loads and loads of huge fails released as well 😛 . Columns on Indie related topics like the projects which fail before release, but still take the money from the backers. Unfinished games which stop at the Beta phase…and all regulations on Kickstarter etc to prevent the disappointments but keep the crowdfunding going and growing. Extra focus on educational games or games to help people to face anxiety disorders….there is so much more out there and we will do our best to find it!

Also we will try to visit more studio’s for interviews and vlogs so you can see the people behind the games as well…but bear with us, this takes a bit longer to arrange.

So for today we have a new episode of Inside Indie with some press info…but more to follow soon!

Rollers of the Realm

From the Stronghold down to the Outlaw Camp, there’s not been a Pinball game like this. Rollers of the Realm, the award-winning Pinball RPG from Atlus U.S.A. Inc., and Phantom Compass is now available worldwide on Steam and as a cross-buy title on PlayStation 4 and PlayStation Vita. The digital-download only game sells for $9.99, and for the week following launch, will be 10% off on PlayStation systems.

The unique Rollers of the Realm pinball RPG features:

Flying Wild Hog has announced a new system and release date for JUJU, the upcoming platformer with a cooperative twist that makes it perfect for all skill-levels. JUJU will be available December 9 & 10 as a digital download on PlayStation 3 (PSN), PC (Steam), and now Xbox 360 (XBLA).

In this classic-style style platformer, take on the role of Juju as he jumps, dashes and bashes through 40 stages to rescue his father and save the world from the evil Calypso. Invite a friend to play cooperatively as Peyo, Juju’s best friend, as you uncover ancient secrets and defeat gigantic bosses.

“As gamers and parents, we created JUJU because we know how frustrating it is when a game is either too easy or too hard for one player,” said Creative Director Klaudiusz Zych. “We knew there had to be a way for two people to have fun together and both be challenged, regardless of skill-level.”

JUJU is rethinking cooperative gameplay for two people of unequal skill, such as parents and kids, with features including drop-in/out multiplayer, competition-free gameplay, and the optional second character; Peyo. Armed with an extra tongue attack and reduced chance to be targeted by bosses, Peyo has been created specifically for new players to get their feet wet in gaming.

In Haunted House: Cryptic Graves, gamers are gifted with supernatural powers to purge the spirits and monsters that haunt the abandoned estate of Abaddon Grange, while solving mysteries to help the Ghost avenge his murder and release his spirit from the house. As players make their way through the enigmatic, haunted estate in the role of Anya Graves, heir to the estate, their gameplay experience will include:

Gordon Rennie, an award-winning comic book and videogames writer, and the scriptwriter of Killzone, wrote the re-imagined Haunted House: Cryptic Graves. The game was developed by Dreampainters, the seasoned team behind the critically acclaimed survival-horror game, Anna.

For a glimpse of what mysteries lie ahead, watch the gameplay trailer here:

Developers Steel Wool Games and Ripstone publishing have announced today that their super-fly platformer; Flyhunter Origins is landing on PS Vita in the US and in Europe on the 9th and 10th of December. The game is also coming to Mac and PC via Steam on the 10th of December priced at €6.99.

Meet Zak; a bumbling alien spaceship janitor and wannabe Flyhunter. He works on board the Flyhunter Crew’s legendary spaceship; ‘The Frog’, but deep down he longs for an exciting adventure of his own…

Somewhere in Earth’s orbit, while the Flyhunters are deep in cryo sleep; The Frog’s important cargo of extremely rare insects is mysteriously jettisoned into space, crash-landing back on Earth. It seems that clumsy janitor Zak is the only one around to save the day. Can this accidental hero swap his sweeping-brush for a super-cool fly swatter and take on the role of daring Flyhunter? Hurry! Help this little dude hunt down these expensive bugs before “The Investors” find out they’re missing.

Developed by animation-film veterans; Steel Wool Games – Flyhunter Origins delivers the sort of film quality cutscenes, character design and story led gameplay that you would expect from a team with Steel Wool’s credentials. 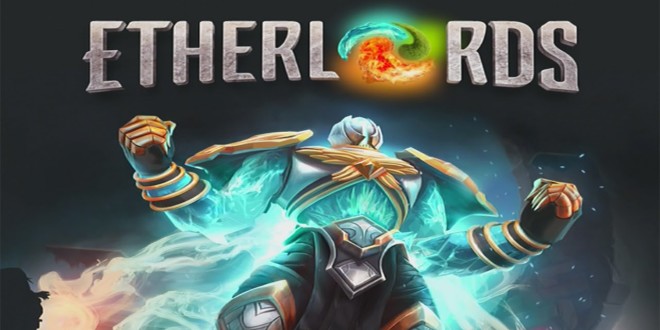 Nival is excited to announce that Etherlords, the next-gen mobile strategy game, is now available on all Android devices.

“We’ve been developing strategies for 18 years,” said Sergey Orlovskiy, CEO and founder of Nival. “Mobile technologies have finally reached a level that doesn’t demand unnecessary compromise from developers. We are thrilled to implement all our ideas into the game. Etherlords is the first AAA mobile strategy title with full-scale 3D battles, tactical depth and a modern user-friendly interface.”

Etherlords combines strategy with action elements. The game is set in a rich fantasy setting where a devastating Cataclysm has ruptured the world in to countless pieces. Taking on the role of a powerful Etherlord, players must fight other demigods using a vast array of collectible creatures to win valuable Matter, the vital ingredient for restoring the shattered world. Featuring innovation in its ‘world building’ mechanic, offline PvP battles and optimized smartphone controls, Etherlords nonetheless retains all the trademark ingredients of a full-scale strategy title. The game with its easy to navigate interface is designed specifically for playing with just one finger, on the move or while commuting.