And you can guess it: we are back again with another edition of Inside Indie with the some more unknown titles to broaden your horizon in gaming. We know we cannot post all hidden gems there are, but we do our best to share a few we believe hold something new, special, original or just funny 😉 Enjoy this Sunday Episode and if you found a hidden gem you believe all should see, please let us know. And yes, we know we can write te intro in Dutch as well, but hey….at times it is fun to write in English 🙂 At the end of this weeks edition we will also share two Dutch articles, for the English readers, there is a translate button on the right.

Starship, the Liverpool-based digital media, technology and entertainment studio, today unveil details on Playworld Superheroes, its upcoming mobile game in which players use their imaginations to design, customise and then become, a superhero of their own creation. Inspiring endless creativity for gamers of all ages through real-time crafting, Playworld Superheroes is the first in a series of mobile adventures and will be available for download in January, 2015.

Designed to provide gamers aged 5+ with a safe playing experience free from in-app fees and hidden dangers, Playworld invites players to enter a world where the boundaries of what’s possible are limited only by their imaginations. Crafting and creativity combine with moral and eco-messages against the backdrop of a Hollywood spectacle, as players are transported from the everyday world into a land that only children can enter.

Set in a city garden litteredwith junk and unloved cast-offs, each chapter of super-powered playtime begins in the Playworld treehouse, a crafting hub in which the game’s themes are realised. The first in the series sees the player take on the role of a superhero, battling against the mischievous Golumites: a mob of alien nasties on a mission to destroy Playworld. Players must defeat playful enemies on the ground in intense moment to moment action, jumping back to the real world to craft new tools and gadgets to level up their powers. Would-be heroes then take to the skies to overcome their greatest challenge yet. Armed only with their imagination, the player must skip between two worlds to save them both in a Hollywood blockbuster-styled game of their own creation.

“Where adults see just a cardboard box, a child sees a superhero suit,” said Martin Kenwright, founder of Starship. “With the Playworld series, we want to empower that creativity by giving kids the coolest crafting package to create their ultimate alter-ego. That creativity is rewarded with a spectacular experience in which they act out their wildest superhero fantasies. Each instalment opens the doorway to a new world. Imagination truly is the greatest superpower, and with it comes a world of endless possibility. We can’t wait to see the hero creations our fans bring to life.” The acclaimed number puzzler Sumico arrived in the eShop yesterday December 18th. The popular indie puzzle game has been rebuild from scratch for Nintendo’s handheld.
The developers like to describe Sumico as “super smart, super fun, super addictive” and that’s exactly what the 3DS audience can expect. After the overwhelming response and hundreds of thousands of downloads on iOS and Android, the game now debuts on Nintendo 3DS.

IMGN.PRO is extremely pleased to announce that the lead narrator of the studio’s video game, entitled “Kholat”, is played by one of the most famous British actors – Sean Bean. Sean Bean is an actor known for many notable roles including Boromir in Peter Jackson’s “The Lord of the Rings” trilogy and Ned Stark in the drama television series “Game of Thrones”.

The co-author of the game, and co-owner of IMGN.PRO, Lukasz Kubiak, said:

Working with such an amazing actor as Sean Bean was an overwhelming experience. He came up with an incredible mix of emotion, drama and intrigue in the creation of the role. We are beyond satisfied with the results.

Sean Bean portrayed the mysterious Anton – one of four narrators that uncover the following elements of the story.

Kholat is an exploration game with strong elements of horror, inspired by the true story of nine Russian students who died in unexplained circumstances in north of the Ural Mountains on the east shoulder of Kholat Syakhl. The event is widely known as the Dyatlov Pass incident. Kholat will hit the shelves by the second quarter of 2015, the game will be available on Win PC and Mac. 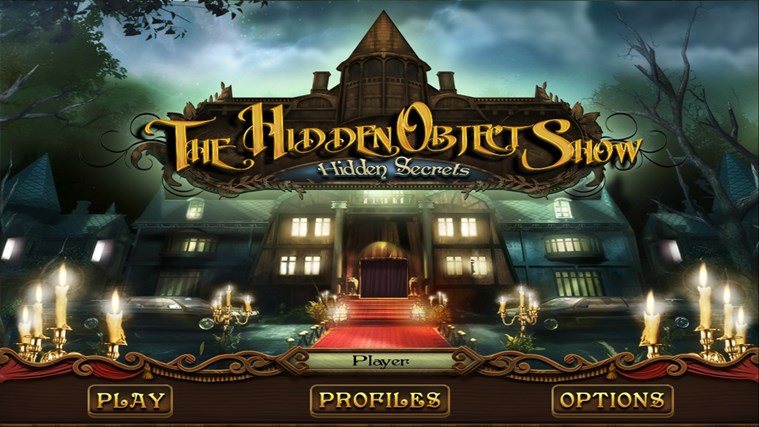 Get the game for free on Windows Phone

About The Hidden Object Game
Your grandfather has disappeared! The only clue left is a cryptic message about a game show that no longer exists.

Can you overcome the mysteries of the Mysterious Manor and stop the macabre machinations of a madman? Can you uncover the secrets of your unhinged Host? Take on the challenges of The Hidden Object Show and save your fellow contestants from a gruesome fate!

The last gameshow you will ever play is now available to compete in–not to win, but to save your family and friends. Hidden objects are the reward for finding and unlocking new modes and stunning scenes.

Following the chart-topping partnership that has seen RAD Soldiers receive over 4 million downloads and top the strategy or board games charts in 99 different countries, WarChest Ltd and Splash Damage Ltd have once again joined forces, bringing their brand new title, Tempo, exclusively to the iOS App Store.

London is on a short fuse; rigged to blow by a wealthy psychopath and his private army. With only a handful of Special Forces Operatives on the ground, the fate of the city falls on you! Tempo sets a new bar for cinematic mobile gaming, combining slick, reflex-driven gameplay with exceptional visuals and audio production. The game is set for release in early 2015.

The Book of Unwritten Tales 2

Don’t worry, they’re not bringing back “The Weakest Link” just yet. But another relic of bygone times is finally coming back: the Mummy – even deader, more embalmed and confused than ever – finally makes his big appearance in Chapter 4 of The Book of Unwritten Tales 2. Due to his desert-dry wit and mental leaps that would make Carl Lewis burst with envy, fans of the series took the perplexed, bandaged-up side kick into their collective hearts in the first part of the series.

“In Chapter 4, we continue to recollect on the strengths of classic point & click adventures such as Monkey Island 2 and others,” says Jan Theysen, Creative Director at KING Art Games, “Various, simultaneously solvable puzzle chains in multiple, freely explorable locations make this part the most complex chapter of the entire game!”

“The final content update for the Early Access version will be implemented with the 4th chapter,” says Martin Kreuch, Producer at Nordic Games, “paving the way for the release of the full version of the game – including the concluding 5th chapter and incorporating the valuable feedback we gathered from Early Access players.”

The Book of Unwritten Tales 2 will be released at the beginning of 2015 on Steam, GOG and numerous other platforms, as well as a classic boxed version. As a special bonus, the game is also available in a DRM-free Almanac Edition, an exclusive edition whose packaging is modelled on a bound book. This includes a 100-page hardback artbook, making-of DVD, the orchestral soundtrack on CD, a double-sided poster and the exclusive in-game content “Color Your Critter” in which you can color Nate’s popular sidekick in the game in your favorite color!

Action Henk is opening his toybox to the world with the addition of a new level editor! Speed-lovers all over the Action Henk community will be able to easily design and share tricky tracks and elaborate constructions with the latest update. The level editor publishes straight to Steam Workshop, where the competition for world records will continue to reach new heights! Action Henk fans can dive right in to the latest update that’s already filled with hand-crafted levels by indie developers and thrill-seeking YouTubers!

The game now also features a slew of new challenges and disco-themed levels for seasoned Action Henk players to complete, in order to unlock Neil, Henk’s Sensei! Action Henk and the latest update are available now on Steam via Early Access.