And we are back again with another edition of Inside Indie with the some more unknown titles to broaden your horizon in gaming. We know we cannot post all hidden gems there are, but we do our best to share a few we believe hold something new, special, original or just funny 😉

Also we would like to introduce Roberto a.k.a. MagicMythic to the Inside Indie segment. He will be posting more Indie news to get Indie to a higher level in 2015. News, interviews and events…all will pass by for your entertainment 😉

For now, enjoy this Episode and if you found a hidden gem you believe all should see, please let us know.

Nordic Games signed a distribution deal with Double Fine Productions for the retail edition of Broken Age for PC, Mac, and Linux. The boxed version will be released simultaneously with the digital version in Spring 2015. Aside from the retail release, new German voice-overs have been recorded for all characters.

“After releasing Costume Quest, Psychonauts and Stacking for retail in 2014, this marks another important step in our almost heist-free cooperation” said Reinhard Pollice, business & product development director at Nordic Games. “With Broken Age, 2015 starts off great for aficionados of the adventure game genre. Our intel also suggests that Germany is a veritable stronghold when it comes to pointing and clicking, hence the new German voice-overs for Broken Age make us very happy.”

“I am very excited about the retail version of Broken Age,” said Double Fine President and CEO Tim Schafer, “And also relieved, as having a widely distributed, physical copy of the game will make it more safe from solar flares and EMP bombs and stuff like that. As long as people store their disks in fire proof safes. People do that, right?”

“Not really” replied COO Justin Bailey, “But people who purchase the physical copy can get to playing the exciting conclusion without having to wait for the game to download!”

About Broken Age
The first graphic adventure by Tim Schafer in sixteen years, Broken Age began three years ago in a historic, record-breaking Kickstarter campaign. Now it’s here in all its beautiful, 2D, hand-painted glory, with an original orchestral soundtrack and an all-star vocal cast.

Broken Age is a timeless coming-of-age story of barfing trees and talking spoons. Vella Tartine and Shay Volta are two teenagers in strangely similar situations, but radically different worlds. The player can freely switch between their stories, helping them take control of their own lives, and dealing with the unexpected adventures that follow. 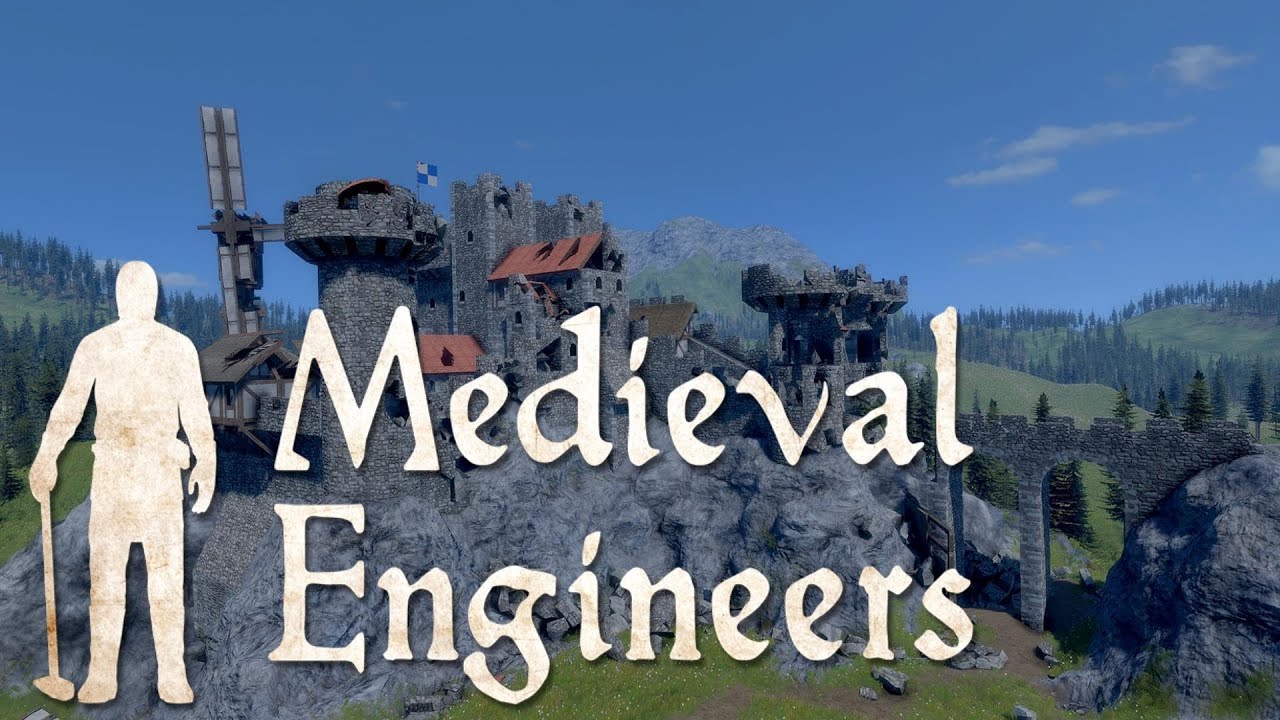 Independent developer Keen Software House, announced Medieval Engineers, the company’s second “engineering” game. The first, Space Engineers, was released in October 2013 and sold over 1 million copies in its first year, and is still keeping its bestseller position. Medieval Engineers is currently in its alpha stage of development and will be soon available on Steam Early Access. More details will be announced at a later date.

Medieval Engineers is inspired by real medieval technology and the way people built architectural and mechanical works in medieval times. Medieval Engineers strives to follow the laws of physics and real history and doesn’t use technologies that were not available in 5th to 15th century.

“We are very curious to see how the Space Engineers community will react to Medieval Engineers and if other communities will also get interested in our new title” said Marek Rosa, CEO and Founder of Keen Software House. “We didn’t want to only keep creating space games. Instead we wanted to have a game where players can interact with life and nature. By creating a second engineering game, we are also leveraging our existing technology and experience.”

Phoenix Online Publishing and No Bull Intentions invite you to don your cape and mask and join the Supreme League of Patriots in this hilarious and irreverent superhero comedy adventure! The first game from developer No Bull Intentions, all three issues of Supreme League will be releasing on January 29th for PC, Mac and Linux on Steam, and the Phoenix Online Store for $14.99 as a season pass, and $5.99 individually, and pre-orders of the game are available now at a 10% discount.

Poking fun at pop culture, politics, reality TV and more, Supreme League of Patriots invites players to join Kyle Keever in his politically incorrect quest to win a spot on the newest hit reality TV show, America’s Got Superpowers. When a freak accident turns Kyle’s alter-ego, the Purple Patriot, into his main ego and triggers real superpowers at the cost of his sanity (and good taste), Kyle’s got a new mission to become the hero New York deserves, and definitely not the one it wants. Navigating a twisted world of vigilantes and villains with his cheeky and sarcastic sidekick Mel, Kyle’s got a lot to learn about the world of superheroes!

“I’m a huge fan of classic point-and-click adventures. I wanted to take that classic gameplay and fuse it with the satirical, subversive humor you expect from Family Guy or South Park, and the high production values you associate with modern adventures,” said Creative Director Philip Ings. “The Purple Patriot is such a thoroughly obnoxious, yet hopelessly inept, character. I can’t wait to see how people react to him.”