Guess who’s back? 🙂 Again, we took too long to share the Indie press releases we received, I know I know….blame me. But at least we have a newly styled website to show for it, so it was for a good reason. But let’s not waste time, enough games to cover this time….so sit back and enjoy all the titles. In this episode we will cover the next games: Crowfall, A Credible Tale, Aftermath, Dieselstormers ehh Rogue Stormers and Pathologic Classic HD.

Independent game developer ArtCraft Entertainment, Inc. announced last month plans to provide localized web and game servers in Europe for the pre-alpha testing of the company’s massively multiplayer online (MMO) throne war simulator, Crowfall. The first was the launch of a web site and a game server in Germany which will accommodate players across the EU. Service to other territories with support in seven languages will be added in coming months.

A new type of massively-multiplayer online experience, Crowfall is a Throne War Simulator, an MMO where kings, queens, mercenaries and assassins vie for supremacy using military strength, economic might and political power.

A Credible Tale of Yokai, Robots & the Lunar Tourist

Inspired by Japanese folklore, A Credible Tale features accurate depictions of yōkai — supernatural beings that appear throughout Japanese mythology. Every yōkai in A Credible Tale has its own unique A.I., which matches Japanese tradition. To stop the yōkai, the player will take control of Hiro and his companions (Kaguya and P.O.P.S.) — who discover the Moon Princess in the woods and suddenly find themselves responsible for the safety of the village.

A Credible Tale’s combat takes inspiration from popular action RPGs with an Eastern bent. Every battle is fought in in real time using a combination of the team’s abilities and your town’s defenses: Go in with fists ablaze using powerful charge attacks — or arm yourself to the teeth with weapons and armor. The choice is yours. For added fun, knock enemies around and see what chaos you can create in the enemy ranks 🙂

Aside from putting the spotlight on Japanese folklore, the team at Overclocked Games is also taking their love of Japanese culture one step further. A Credible Tale incorporates the basics for teaching elementary Japanese within the game so that players can learn the Japanese language while battling yōkai.

“We love Japan and everything it has to offer. Japan is and always has been fertile ground for wild, inventive folklore. The diverse range of yōkai available is great for combat and gameplay — and it really showcases Japan’s unique culture.”

The game can be accessed for free at willyousurvive.com or on Steam.

In Romero’s Aftermath, gameplay is strictly “Free to Win,” which means what happens to a player depends solely on their skills. Romero’s Aftermath costs nothing to download and play, and the only purchasable items are cosmetic skins, customizations and boosts that allow players to acquire certain in-game items more quickly (if they don’t have the time to put into exploring). However, every item can be acquired during play by exploring, looting, trading or defeating other survivalists. 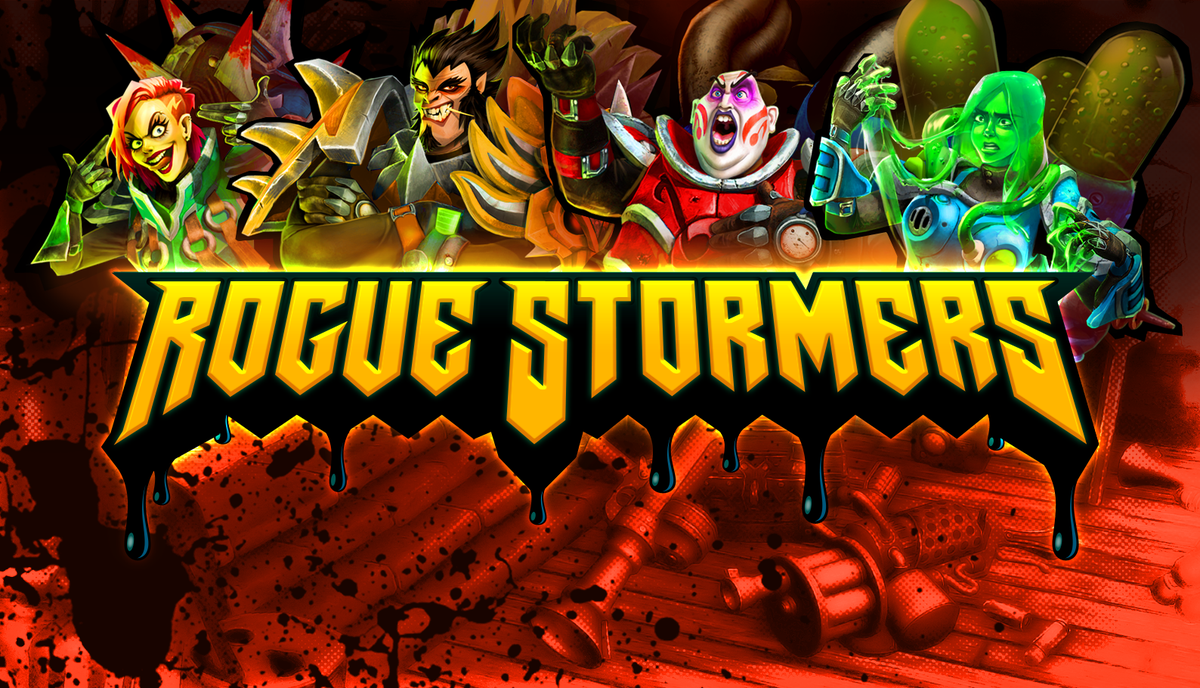 The new name is introduced with the Borrriss! update that will go live on Steam today, featuring new weapons, upgrades, objects, enemies and artworks. Black Forest also reworked some of the game’s systems, namely the loot system, and tweaked the UI. A complete changelog has been published on Black Forest Games’ blog. Both the update and the name change are important milestones on the way to Rogue Stormers’ final release in early 2016.

Rogue Stormers is a platform shooter with roguelike elements; it combines action-gameplay, huge procedurally generated maps, RPG elements and over-the-top mayhem with gorgeous 3D graphics. In Rogue Stormers, players take control of rebel knights called Dieselstörmers, and fight alone, or with up to three friends, against mutated monsters who have overrun the oil rig city of Ravensdale.

This fall, a landmark in psychological first-person survival is poised to make a haunting return. 10 years after terrifying gamers with its cult-classic debut, Ice-Pick Lodge has teamed up with and General Arcade to bring a fully remastered version of the classic Pathologic to Steam, GOG and Humble Store for the first time.

Make sure you’ve taken the time to meditate on what kind of person you really think you are, then check out this new trailer to get a taste of this unconventional survival game.

In Pathologic players embark on a dark journey to explore a remote town built upon old tanneries and butcheries just as a mysterious and deadly disease breaks out. Whilst the disease can be identified by physical symptoms, its roots and origins remain mysterious. The disease is highly infectious and deadly. It affects the neural and the blood-circulating systems, crippling both body and mind.

To fight this epidemic local authorities send three agents, one of them a learned doctor, to access the situation and determine the best course of action. Along with the authorities’ agents two volunteers find their way through the town along with the learned doctor, who goes by the name of The Bachelor. One of them, The Changeling, is a strange girl who believes she can heal with her hands, and the other, The Haruspex, is a talented amateur who’s fond of experimental surgery.

Taking on the role of one of these doctors, you’ll explore the town, its weird traditions, and the complex relationships of its inhabitants. You will only have twelve days to defeat the invisible enemy called the Sand Plague. You cannot shoot, barter nor reason with this enemy, and only one thing is for certain; you can’t save everyone.

Pathologic Classic HD is an extensive remaster of the original game, featuring updated graphics and effects, while addressing the most prominent critiques of the original with a completely redone English script, brand new re-recorded voice-overs and reinstated dialogue. Released in anticipation of the Kickstarted Pathologic Remake that Ice-Pick Lodge is currently working on, Pathologic Classic HD allows gamers to experience the old masterpiece in a definitive way.