And we are back again with another edition of Inside Indie with the some more unknown titles to broaden your horizon in gaming. We know we cannot post all hidden gems there are, but we do our best to share a few we believe hold something new, special, original or just funny 😉 Enjoy this Episode and if you found a hidden gem you believe all should see, please let us know.

“There’s no such thing as a nonviolent revolution” – Malcolm X.

Argentinian indie game developer OPQAM together with Reverb Triple XP announced last week that Project Root, a free-roaming, overhead shooter will launch on the PlayStation4, Xbox One and the PlayStation Vita, in early 2015. To launch a revolution against evil, players will pilot an advance hover fighter against a bulletstorm of enemies from a global corporation with hidden plans for world domination.

“As our first video game title, we wanted to bring back some of that classic arcade action to new gamers,” said Pablo Testa, Technical Director at OPQAM. “Project Root delivers fast, arcade shooting action in an open-world environment and we think it will have great appeal to players who love these classic ‘shmups’ type games.”

In Project Root, gamers will take on the role of rebel ace Lance Rockport who pilots the advanced F-72 Zonda hover fighter against the ruthless Prometheus Corporation. Taking place across eight different levels, players will take on enemies both in the air and on the ground; they’ll receive upgrades in firepower, armor and maneuverability while utilizing special weapon drops during battle, and engage in frenetic boss battles and strike at the root of the evil Prometheus Corporation.

Project Root will be coming to the PS4, Xbox One, and PSVita in early 2015. 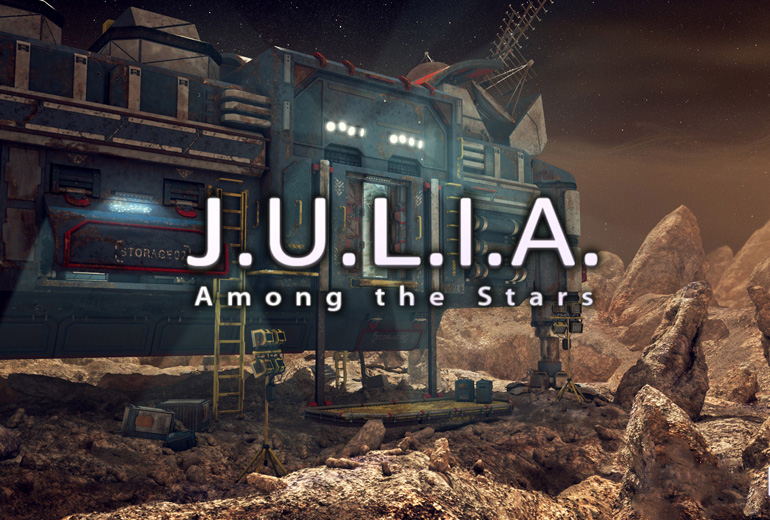 J.U.L.I.A. Among the Stars is an innovative narrative-driven science fiction game. The story centers on Rachel Manners, a 35 year old astrobiologist. As a member of an elite group of scientists, chosen to embark on one of the most critical missions ever conceived on Earth. Now Rachel is alone, orbiting an unknown planet. Her only companions are J.U.L.I.A., the space probe’s artificial intelligence and Mobot, a huge reconnaissance robot. Together, this unlikely trio will explore the mysteries of this solar system. But are they prepared for what they will find?

Popular independent game developer Psyonix will bring its turbo-charged action-sports game Rocket League to PlayStation4 in spring 2015, beginning with the live multiplayer debut at the PlayStation Experience event in Las Vegas last weekend. Geared up for two straight days of four-player, split-screen competitions at SCEA’s event, Psyonix showcased its own special brand of sports-combat with heated multiplayer matches, tournaments and prizes, and demos and interviews. He’s a strong, heroic prince, out to rescue the people of Cloudreach from an evil spell. The only problem is… he’s sound asleep. Unleash the magic in your fingers to drag and toss the Sleeping Prince through a series of challenging and entertaining physics-based puzzles – reverse the spell and save the princess!

The malevolent Sydney Slime has cast a mysterious spell on the kingdom, turning it into a dormant dreamland where
everyone is sound asleep. The only one who can rescue Princess Leona is our hero, Prince Perilous – but he is also
under this sleepy spell.

You’re the only one that can help! Use your magic to throw, flick, and toss the Sleeping Prince through the castle, towers, gardens, and rooftops to save your kingdom!

The Royal Edition is free on iTunes & Google Play.